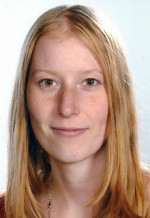 For my Master project, I was working on the post-embryonic development of the horseshoe crab Limulus polyphemus (Xiphosura) and certain fossil xiphosurans.

In the course of my previous research internship I investigated the morphology of the European lobster (Homarus gammarus) during larval development. In the literature, larval stages of this species have been presented as line drawings, but no detailed photographic documentation was available. Furthermore, the exact morphogenetic changes during the larval phase appeared incompletely known.

In order to fill this gap, I documented the different larval stages with the aid of a fluorescence microscope. This method is applicable due to the autofluorescence capacities of the cuticle of the larvae. Specimens were documented as whole mounts and dissected to also identify smaller changes. To reduce preparation artefacts documentation was performed directly in ethanol instead of embedding the objects. This approach prohibits collapse or glueing of structures such as membraneous areas or setae.

The results of this study represent a starting point for comparison with other closely related species such as the American lobster (Homarus americanus). I found differences in the developmental sequence between H. gammarus and H. americanus, which hint to evolutionary changes of developmental timing, i.e. heterochronic events. The results of my study are published here.