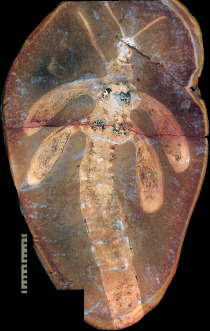 Recently, our new paper on insect evolution was published online in Biological Reviews:

This publication is a combination of a review of existing data and our new observations. The focus is on 300 million years old (Carboniferous) insect nymphs, which have been interpreted in very different ways in the last decades. Most interesting in this context is the evolution of wing development. We could partly support earlier interpretations, that early representatives of different insect lineages developed their wings much more gradually than modern representatives. Obviously, there were selective pressures working against this gradual development.

As a result, modern representatives show a more sudden and drastic change, from only little developed wings (better wing pads) in the immature stages to fully functional, adult wings. Therefore, this modern type of development is more metamorphic than ancestrally. Interestingly, such metamorphic patterns evolved independently in parallel in different insect lineages. The paper can be found here.

Just a few days ago, we published together with two co-authors (Marie Hörnig as first author) an article on the smallest roachoid nymphs found so far in the fossil record:

The two specimens presented there were found by a private collector, Helga Bech, in the Piesberg quarry, a Carboniferous lagerstätte near Osnabrück (northwestern Germany). The specimens are only 7.5 mm resp. 3.3 mm long. Thus, these are by far the smallest Palaeozoic insect nymphs known to date, the smaller one possibly being a hatchling. The publication is open access and can be found here.

Finally, we are happy to announce that the long awaited book Atlas of Crustacean Larvae was published this summer. It provides an overview over the diverse patterns of post-embryonic development occurring among crustaceans, with lots of pictures illustrating the topic. The link to the publisher can be found here. 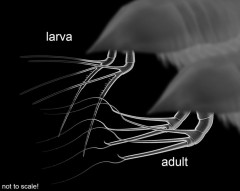 Our new article was published yesterday in Nature Communications:

We together with our co-authors described a new 520 million years old, tiny specimen of Leanchoilia illecebrosa, an early chelicerate, hence a relative of modern spiders, scorpions and mites. The new specimen is only 8 mm long, while most other specimens measure several centimeters. We documented the new specimen with composite fluorescence microscopy. This method revealed finest details such as a special armature of the large first appendage which differs significantly from the armature of hitherto known larger individuals.

This finding indicates that earlier developmental stages of L. illecebrosa exploited a different food source and hence occupied a different ecological niche than the adult. Therefore, these early stages represent true larval stages showing a niche differentiation. With this, the strategy of early developmental stages occupying a different niche than their corresponding adult, as exemplified by many modern arthropod groups, most notably holometabolous insects, was already established 520 million years ago. The article was published here. 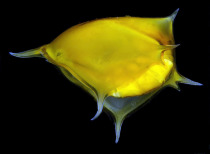 Recently our paper on enrolment in mantis shrimp larvae was published:

During a research visit to the Natural History Museum in Copenhagen we studied stomatopod larvae in alcohol, which were caught in the deep sea during the famous Dana expeditions of the 1920s and 1930s. Among this huge number of specimens we found several larvae with an enrolled body posture, that means that their tail was flipped forward to lie underneath the head. Additionally, the head shield possesses lobes under which the telson comes to rest, resulting in a 'locked' specimen.

Based on the relatively large number of enrolled specimens in the material, we assume that enrolment is part of the natural behaviour of mantis shrimp larvae. Today usually only terrestrial arthropods enrol such as pill bugs or pill millipedes. Our hypothesis is that the stomatopod larvae enrol when they are exposed to a threat. Interestingly, one of the reviewers of our paper had observed exactly this behaviour in nature. Thus, we could use museum material to predict a behavioural trait of otherwise difficult to observe animals. The article is open access and can be found here. 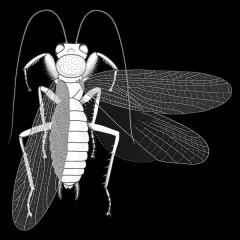 Already some time ago Marie's first article was published:

In this paper, we describe some new details of the raptorial appendages of the 100 million-year-old mantodean Santanmantis axelrodi. The described single specimen from the Crato formation (Brazil) is the first one with preserved spines on the femur and tibia. It indicates that the highly specialised armature of the foreleg evolved before the spination of midleg and hindleg became reduced (as in most modern forms).

While the morphology of this single adult mantodean does not directly tell a palaeo-evo-devo story we also describe two additional fossil specimens. These are cockroach females that each carry an ootheka, i.e., a package with eggs. Such egg cases are an evolutionary novelty of Dictyoptera sensu stricto, the group including mantodeans and modern cockroaches (which themselves include termites as an ingroup). We discuss how old this special breeding strategy is. This is the first time that we look at breeding strategies based on fossil data, which represents another (new) aspect of palaeo-evo-devo. The article is open access and can be found here. 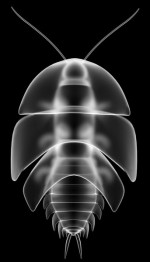 Some weeks ago our paper on fossil blattoid (= roachoid) nymphs was published:

In this article we describe the first roachoid nymphs from the Piesberg quarry near Osnabrück, Northwest Germany, which is Carboniferous in age. Among these nymphs is the currently probably smallest known fossil blattoid nymph, with only 8–9 mm estimated body length. We detected two different developmental stages within the material, but could not yet connect the nymphs to any known adult (wings of adult blattoids have already been found at the Piesberg quarry).

As the specimens from the Piesberg quarry were not completely preserved, the determination was enabled due to comparative studies of nymphal material from other deposits of about the same geological period, such as specimens from Mazon Creek (Upper Carboniferous, Illinois, USA) and Elmo (Lower Permian, Kansas and Oklahoma, USA). While the Mazon Creek nymphs show a strong morphological resemblance to the Piesberg specimens, the nymphs from Elmo are very similar to those from the Piesberg quarry concerning their preservation.